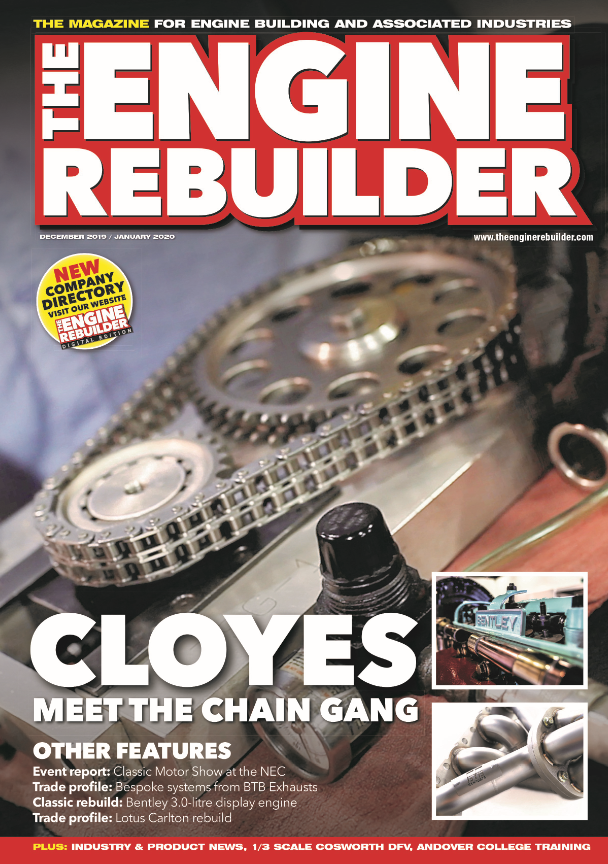 FORT SMITH, Ark., December 10, 2019 – With Cloyes continuing its product expansion for the European market, the company was recently featured in The Engine Rebuilder magazine, a UK-based publication for the engine rebuilding and associated industries.

Cloyes remains focused on the markets in Europe, the Middle East, and Africa and most recently expanded its product range for European vehicles with the addition of multiple new timing kits.

Read the entire article in the December issue of The Engine Rebuilder magazine.

Cloyes, based in Fort Smith, Ark., is the North American leader and global designer, developer, manufacturer and distributor of timing drive systems and components for the automotive aftermarket. Its products are mission critical components for engine performance and function and are used in high-performance and replacement applications. Cloyes serves a broad customer base, including wholesale distributors, national and local retailers, re-packagers, and production engine rebuilders, and sells its products under the Cloyes® brand worldwide as well as the Dynagear® and CY-LENT® brands throughout North America. To learn more, visit www.cloyes.com.